新闻与活动  >  成功案例  >  From walkie-talkies to a robust wireless communication system

From walkie-talkies to a robust wireless communication system

The Durgapur Steel Plant in Durgapur, India, has long been a major institution in the city. The plant – run since the 1950s by the Steel Authority of India Limited (SAIL), the country’s largest steel company – has brought many jobs to the residents of Durgapur over the decades and has undergone multiple modernization updates. The plant features state-of-the-art technology, ensuring quality steel-making. And the plant’s updated units have led to improvements in the plant’s productivity, energy conservation, and product quality. 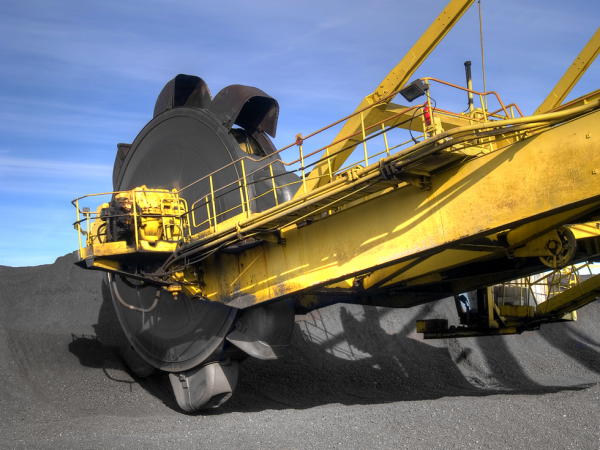 A couple of years ago, the plant’s communications infrastructure in the raw material handling plant was in need of a major overhaul.

Back then, wired control cables were used in all four stacker reclaimers for communications between operator cabins and PLC control rooms. In this setup, it was difficult to diagnose breakdown or trouble areas, and there was no communication facility available between the stacker reclaimers, the central control room, and dispatchers throughout the plant. That meant that breakdowns were reported via walkie-talkies, after which maintenance personnel would have to physically go to the area where the breakdown had occurred.

It was clear that a change was needed. But because of the layout of the plant – machines are mobile and widely distributed – a conventional wire-based network could not be used. This meant that no online diagnostic facility was available in the control room, and led to slower maintenance and elimination of faults, delaying operations. That chain of events for any breakdowns proved to be time-consuming and costly. Other issues included breakage in hard-wired control cables, and an outdated alarm display that did not clearly help personnel diagnose the type and location of problems.

The plant’s four stacker reclaimers each featured a Siemens® S7-300 controller, with an S7-400 in the control room. A plan was put in place by Sheetal Wireless, a radio distributor, to use ProSoft Technology’s 802.11g High Power Industrial Hotspot radios: one in each of the stacker reclaimers, one in the control room, and two as repeaters to achieve line of sight. At each stacker reclaimer, the PLC is connected to the radio over Ethernet and an armored Cat5 cable. In the control room, the radio is connected to the SCADA system through an Ethernet switch with an armored Cat5 cable. Digital and analog I/O signals are exchanged between the stacker reclaimers and the control room. The Ethernet switch in the control room ensures that data can be updated across the operation’s PLCs, making it easier for everyone to see status updates. The radios have basically created a Wi-Fi zone through which the PLCs’ program uploads and downloads can be done with a laptop, as can online diagnostics, making it that much easier to troubleshoot the PLCs from anywhere in the plant. The data transfers are done within milliseconds.

The plant opted for ProSoft’s radios in part because of their high reliability, high Ethernet bandwidth, and the capability to configure one radio as a master, repeater, and client.

“This communications network has allowed us to minimize frequent downtime,” said Mr. Partha Das of the Durgapur Steel Plant. “Now we are able to diagnose remote issues wirelessly, and we have also seen an increase in machine availability.”

Other benefits, Mr. Das notes, include reduced CAD drawing for cable routing/laying; reduced installation time; increased access to HMIs by company personnel throughout the plant; and an increase in productivity throughout the facility.

“The developed technology has immense potential of horizontal transfer in any moving machines including stacker reclaimers,” said Anup Prasad, Assistant General Manager at the Research and Development Centre for Iron and Steel at the Steel Authority of India in Ranchi. “The new system has significantly reduced the stacker reclaimers’ electrical downtime, thus enhancing these machines’ availability for processing various raw material handling plant operations."

The commissioned system has plant operators considering future applications: The architecture can be used for communication among distributed control systems that face similar traditional communication issues; similar setups may be used in the Steel Authority of India’s other plants; and the possibilities opened up by using the system for centralized control and monitoring, such as blast furnaces and ovens in steel plants to cut down the risk of undetected gas leaks. With the advances that this new setup and technology bring, Durgapur Steel Plant is looking forward to another highly successful, well-connected sixty years of steel production.