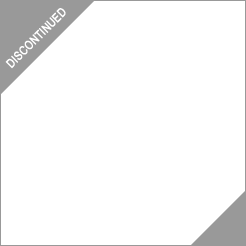 The module calculates flow rates, accumulated volumes, accumulated mass and accumulated energy (heating value). The calculation results are transferred back to the Processor memory for use in the application ladder program or for transfer back to a SCADA host.

The PTQ-AFC is an in-rack Liquid & Gas Flow Computer Module for the Quantum platform. The PTQ-AFC Flow computer module supports 16 meter channels for the measurement of hydrocarbon gases and liquids using currently accepted industry measurement standards.The module calculates flow rates, accumulated volumes, accumulated mass and accumulated energy (heating value). The calculation results are transferred back to the Processor memory for use in the application ladder program or for transfer back to a SCADA host.

If your module measures liquids, please read this notice before upgrading from version 2.04 (or earlier) to 2.05 (or later).For compliance with new measurement standards, the AFC version 2.05 has introduced several new liquid product groups. In particular, the two non-refined liquid product groups of version 2.04, which covered the entire density range of crudes and NGLs, have each been split into two separate product groups, one for the higher density range of crudes and the other for the lower density range of NGLs. If your module has meter channels configured for either "Crude, NGL" or "Oil-water emulsion", you should decide before upgrading the firmware the new product group (light or heavy) to which each such channel should be assigned. This assignment will be performed during the upgrade process and will preserve all other configuration and historical records including accumulator values and archives, in contrast to changing a product group after the upgrade which resets the meter configuration and erases all historical records. Meter channels configured for "Gas" or "Refined products" are not affected.AFC Manager exhibits the same behavior when converting a project between versions 2.04 (or earlier) and 2.05 (or later).The criterion for assigning the new product group depends on the density units and the Default Reference Density, as detailed in the following tables:Density Units = kg/m3

Due to roundoff error of numeric conversions, a Relative Density very close to the cutoff value of 0.6100 may cause the module to assign the new product group opposite to the one that was intended. Before upgrading, change the Default Reference Density to a number significantly different from 0.6100, such as 0.6110 (to target Crude) or 0.6090 (to target NGLs). You may change it back to the correct value after the upgradeDensity Units = API Gravity

The PTQ-AFC module is the ideal solution for the many applications where hydrocarbon flow and SCADA communication must be added to the Quantum platform.

Applications using the PTQ-AFC module can be found mainly in the oil and gas industrial sectors.