The AN-X2 gateway is back in stock! Learn more about how you can modernize 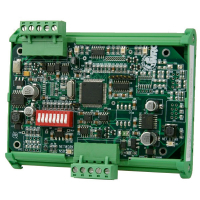 WRC CAN bus Extenders boost signal levels, allowing longer cable lengths, longer trunk lines, and longer drop lines without sacrificing network speed. CAN bus Extenders permit maximum network speed and throughput on CAN, J1939, or DeviceNet network devices, resulting in better control of the process. In addition extenders require no configuration when used in DeviceNet applications as they are configured for autobaud operation.